Get a brighter, whiter smile!

The ADA recommends to have one’s teeth checked by a dentist before undergoing any whitening method. The dentist should examine the patient thoroughly: take a health and dental history (including allergies and sensitivities), observe hard and soft tissues, placement and conditions of restorations, and sometimes x-rays to determine the nature and depth of possible irregularities.

There are two main methods of gel bleaching—one performed with high-concentration gel, and another with low-concentration agents. High-concentration bleaching can be accomplished in the dental office.  Whitening is performed by applying a high concentration of oxidizing agent to the teeth with thin plastic trays for a short period of time, which produces quick results. The application trays ideally should be well-fitted to retain the bleaching gel, ensuring even and full tooth exposure to the gel. Trays will typically stay on the teeth for about 15–20 minutes. Trays are then removed and the procedure is repeated up to two more times.

Low-concentration whitening is far less effective, and is generally only performed at home. Low-concentration whitening involves purchasing a thin mouthguard or strip that holds a relatively low concentration of oxidizing agent next to the teeth for as long as several hours a day for a period of 5 to 14 days. Results can vary, depending on which application is chosen, with some people achieving whiter teeth in a few days, and others seeing very little results or no results at all.

A typical course of bleaching can produce dramatic improvements in the cosmetic appearance of most stained teeth; however, some stains do not respond to bleaching. Tetracycline staining may require prolonged bleaching, as it takes longer for the bleach to reach the dentine layer. Case studies have been performed on people with tetracycline stained teeth. They used custom bleaching trays every night for 6 months and saw dramatic results and improvement. White-spot decalcifications may also be highlighted and become more noticeable directly following a whiting process, but usually calm back down with the other parts of the teeth becoming more white. The white spots become less noticeable, with the other parts of the teeth becoming more white. Bleaching is not recommended if teeth have decay or infected gums. It is also least effective when the original tooth color is grayish and may require custom bleaching trays. Bleaching is most effective with yellow discolored teeth. However, whitener does not work where bonding has been used and neither is it effective on tooth-color filling. Other options to deal with such cases are the porcelain veneers or dental bonding.

The whitening shade guides are used to measure tooth color with Vitapan Classic Shade Guide being the most widely used with 16 shades. These shades determine the effectiveness of the whitening procedure, which may vary from two to seven shades.

The following teeth whitening procedures are offered at Gentle Touch:

Gentle Touch Dental Care of Forest Hills
5.0
Based on 23 reviews
See all reviewsWrite a review 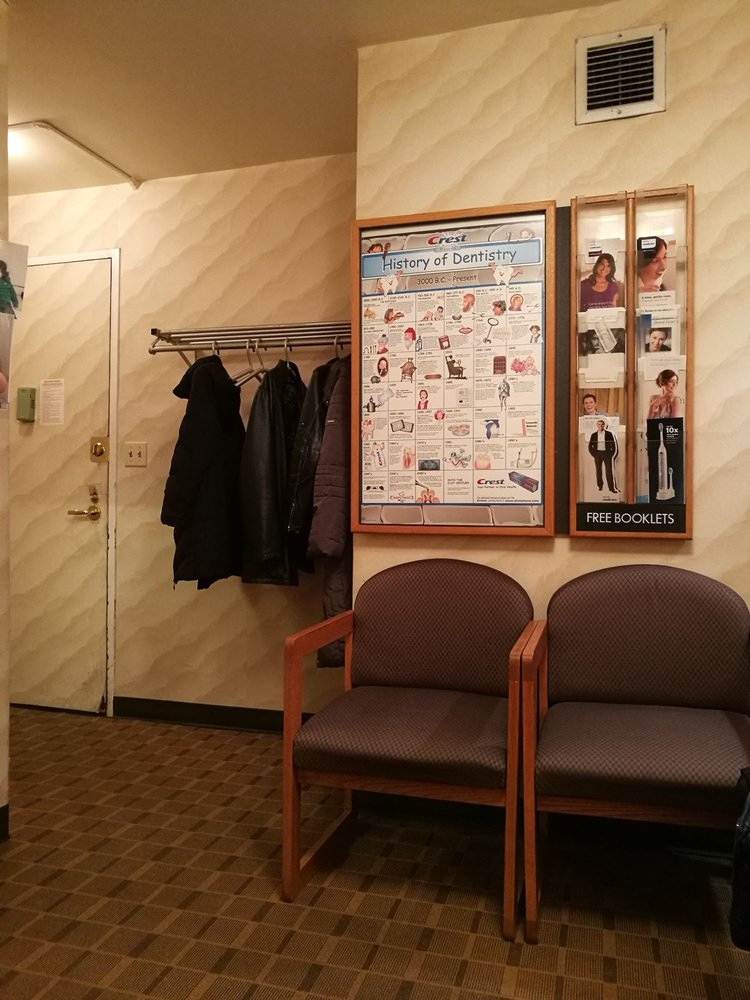 Gentle Touch Dental Care, PC
4.0
Based on 17 reviews
See all reviewsWrite a review

Yakov Masheyev
21:12 27 Mar 21
Dr Babadzhanov is an amazing dentist. I had the best dental experience ever!!!! the office has a very welcoming atmosphere and is super clean. there is no wait time wait time, and the stuff is very polite and helpful. the dentist is extremely knowledgeable, honest, caring and very gentle. He not only spent time to go over the X-rays with me and educate me about my teeth, no other dentist has ever done this for me, but he also did a white filling for me which was pain FREE!!! I am truly blessed to find a new dentist that will take care of my dental needs. HIGHLY RECOMMENDED!!!!!!

Bill Pinsky
22:39 06 Dec 20
Dr Biller is a fantastic and highly knowledgable dentist. He is on top with the latest technology. The office staff is professional and courteous. The office itself is conveniently located and is clean and modern. A cut above the rest

Lewis Cook
14:02 03 Jan 20
Dr. Landau at Gentle Touch is the best dentist I have ever seen and his expertise with implants is very reassuring.I strongly recommend his practice.

Peter C.
13:16 27 Dec 19
I must say that the practice has grown substantially but the attention to patient's needs has not diminished one bit! Yesterday, I went for my bi-annual...

Terrence Cronin
01:47 24 Oct 19
I have been a client for almost 3 years and I just say they are exceptional in every way. Professional, courteous, respectful, diligent and thorough describes everyone that works there. They take United healthcare Oxford plan for those that are curious.

Jeffrey
15:12 27 Sep 19
I am so happy with this dental practice! The hygienist was so thorough and professional. I believe the Dentist is extremely talented and the office staff are awesome!

Rachelle Alkalay
18:01 15 Aug 19
The dentists are extremely experienced and they really do make dental work as painless as possible. Pleasant staff and clean, efficiently run office, with little or no waiting time. 👍😊

M Deutsch
14:21 15 Aug 19
Wonderful doctor and staff. When the dentist takes extra time and care to make sure you are comfortable, and it doesn't hurt. When the staff is always smiling and considerate when doing everything, When the office is shiny and clean, You know you have something special. I would recommend Gentle Touch to ANYONE and EVERYONE. If I could i would give it SEVEN STARS - not just Five.

Peter Correa
18:59 23 Jul 19
Dr. Biller has been my dentist for more than 20 years and I have no intention of ever leaving his practice. He has always been a dentist who cares for his patients, looks for common sense solutions to problems and works in the most remarkably pain free manner. The staff at Gentle Touch are always caring and professional. The attention to detail from appointment to billing questions and follow up are unparalleled at any dental group. My daughter and I are proud to call this practice 'most reliable'. #peaceofmind #expertdentistry

Laurence C.
07:48 20 Jul 18
nice new office! Its comforting knowing the level of professionalism and care that I receive upon every visit. Thanks gentile touch.

Monika B.
16:27 24 Apr 18
I was in pain from a cavity but was worried about finding the right place for me. I typed in best dentists in Queens and this place was one of the results...

Anita Fong
17:52 02 Sep 16
Best dentist and staff ever! Highly recommend. Been going there for the past 8 years.

Mary Gaskey
00:23 03 Aug 16
Dr. Biller is the best with children. My 4 year old loves going to the dentist. Dr. Biller sings to him, talks in funny voices and gives my son choices, so he feels that he is in control of the situation. The staff, Sheila and Jessica are just as caring and attentive to all our needs!!!!!!

Michael Gallagher
21:44 04 Sep 14
Excellent dental care for my entire family. We've been going here for years and will continue to do so. Dr. Biller and his staff always provide very professional care, and appointments are handled on time. Highly recommend.